Today is DOGE Day: What Does it Mean? Snickers and Milky Way Already Celebrating 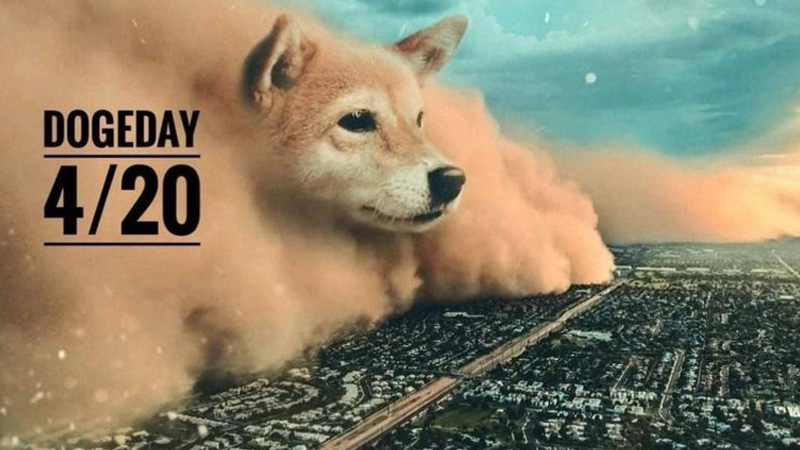 Dogecoin’s craze continues with the addition of Snickers and Milky Way during a day many attempt to turn into the official DogeDay.

Today is shaping up an exciting day for Dogecoin fans around the world. It’s apparent by now that the DOGE mania has well expanded outside the scope of the cryptocurrency industry and even Elon Musk.

Community members on Twitter and Reddit have initiated DOGE-related campaigns attempting to turn 4/20 (April 20th) into the official day celebrating the meme coin. The trend has spread among outsiders and even Snickers, and Milky Way joined the craze.

Price-wise, DOGE is still away from $0.69 (a meme target that many industry proponents joke about), but it’s still a top performer during a day where the entire market suffers.

Until not that long ago, Tesla’s Elon Musk was among the very few crypto outsiders who was a firm supporter and believer in the Shiba Inu-inspired meme coin. However, his words caught the attention of other celebrities, including Snoop Dogg, and the ball started rolling.

This mass adoption continued with the Dallas Mavericks and even went into politics. Republican Mark Green recently filed documents indicating that he had purchased a substantial amount worth of DOGE.

Interestingly, the Dogecoin craze reached a few well-known chocolate-bar brands with space implications. The first one was Snickers – the popular chocolate bar made by the US company Mars.

Through its official Twitter account, Snickers posted about DogeDay and, more specifically, DogeDay420. They even created a DOGE-related Snickers bar but outlined that it’s just “a cool doge gif.”

Milky Way, the company behind the chocolate-covered confectionery bar, also coming from Mars, joined shortly after as well by congratulating the DogeArmy for “making DogeDay trend.” They even predicted that Dogecoin could rise “to the Milky Way, not just the moon.”

Meme Targets for a Meme Coin

The meme coin has been among the best performers since the start of the year and especially in the past few weeks. DOGE traded at $0.055 on April 1st but skyrocketed by more than 700% to an all-time high of $0.45 a few days ago.

Although most crypto assets plummeted by double-digit percentages during Sunday’s market-wide crash, DOGE took it rather well. As of writing these lines, Dogecoin still trades above $0.4.

However, the community has a higher target for it. In accordance with today’s DogeDay, people in the industry lay down some thoughts on the matter.

Even if DOGE doesn’t pump by 73% from its current price tag to today’s target, the asset has already reached several milestones. It’s back at being the fifth-largest cryptocurrency with a market cap of over $50 billion. According to AssetDash, DOGE has also surpassed the market caps of giants like Spotify, ING Group, and Ford Motor Company.