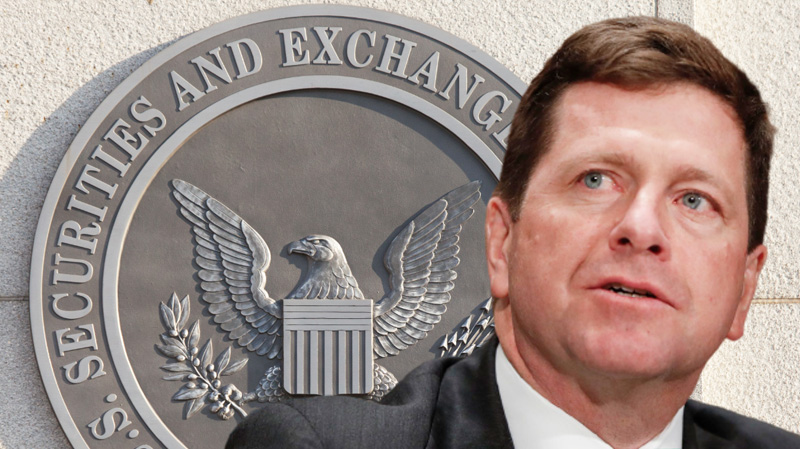 The chairman of the U.S. Securities and Exchange Commission (SEC) has explained how the U.S. government is regulating cryptocurrency. He calls bitcoin a store of value, noting that its rise is driven by the inefficiencies of the current payment system.

How Bitcoin Is Regulated in the US

SEC Chairman Jay Clayton explained how the U.S. government is regulating bitcoin during an interview with CNBC Squawk Box on Thursday.

He began by responding to a comment made by JPMorgan CEO Jamie Dimon regarding bitcoin regulation. Dimon said that he was not a supporter of bitcoin because in his experience, the government “can regulate whatever they want when they feel like it.” Given the current bitcoin market capitalization of about $340 billion, Dimon asserted that “If it gets bigger and bigger and bigger, it will be regulated.”

Clayton described that at the SEC:

We determined that bitcoin was not a security, it was much more payment mechanism and store of value.

“We did not regulate bitcoin as a security,” the SEC chairman affirmed. He added that during the initial coin offering (ICO) craze, “people were using ICOs and essentially making public offerings of securities without registering them with the SEC,” reiterating that “When people use crypto assets as securities to raise capital for a venture, the SEC regulates that.”

Regarding bitcoin as a payment mechanism, the chairman emphasized:

The government does regulate payments and what we are seeing is that our current payment mechanisms, domestically and internationally, have inefficiencies, those inefficiencies are the things that are driving the rise of bitcoin.

Clayton confirmed on Nov. 16 his plans to conclude his tenure at the end of the year after serving for more than three and a half years at the SEC. “Chairman Clayton was sworn in on May 4, 2017, and will leave the SEC as one of its longest-serving chairs,” the SEC wrote.