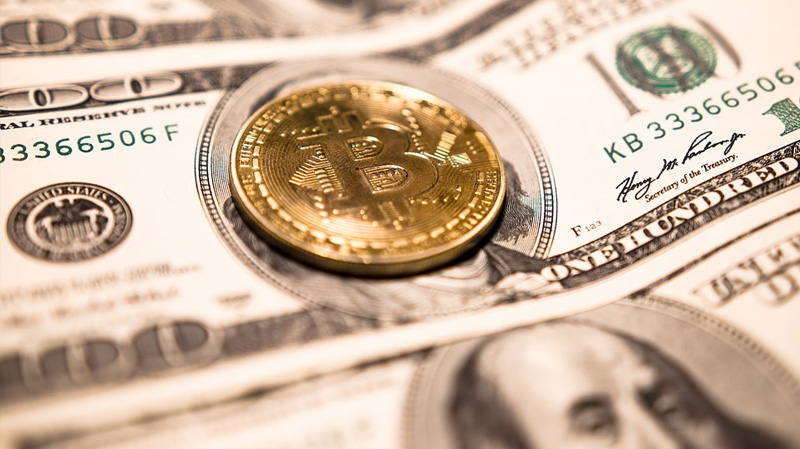 The cryptocurrency bitcoin is trading at an all-time high relative to its social activity, explains the crypto research firm Tie. The analysts at Tie believe the ratio indicates that bitcoin is being driven by institutional trading. Meanwhile, statistics from Google Trends shows the terms “bitcoin” and “buy bitcoin” dropped from the 100 point highs to 65 on June 14, 2020.

A number of speculators believe that institutional interest has been involved with the cryptocurrency market ecosystem for quite some time now.

On Friday, one of the top banking firms in Japan, Nomura launched it’s highly anticipated custody service for the company’s institutional clientele. The service called “Komainu” is a partnership between Nomura and Coinshares and Ledger. Moreover, the research team at Fidelity Digital Assets revealed in a recent report that out of 800 institutional investors worldwide, 36% have invested in crypto assets.

Billionaire Investor and Galaxy Digital Founder Mike Novogratz: ‘This Is the Time for Bitcoin’ 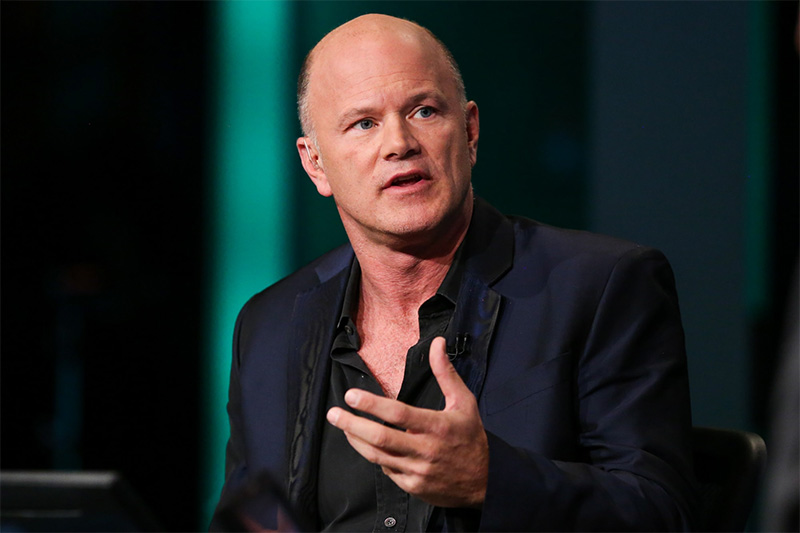 “Bitcoin specifically is a story about adoption,” the billionaire Novogratz told Baker. “And the next big group that’s going to adopt bitcoin as a store of value, as a digital gold, are the financial advisers.”

This is the time for bitcoin.

It may have something to do with the coronavirus economy, but retail investor-based interest in digital assets seems to be lacking these days. Google Trends data shows that the searched term “bitcoin” is lower than it was on the week of May 10 through the 16th. At that time, the term “bitcoin” had a score of 80 out of 100 points.

Today, Google Trends (GT) shows the number tied to the term has dipped to 44 points. The phrase “buy bitcoin” used to be at the highest level of 100 on that same May 10-16 week, but today “buy bitcoin” is around 66 points for GT data. 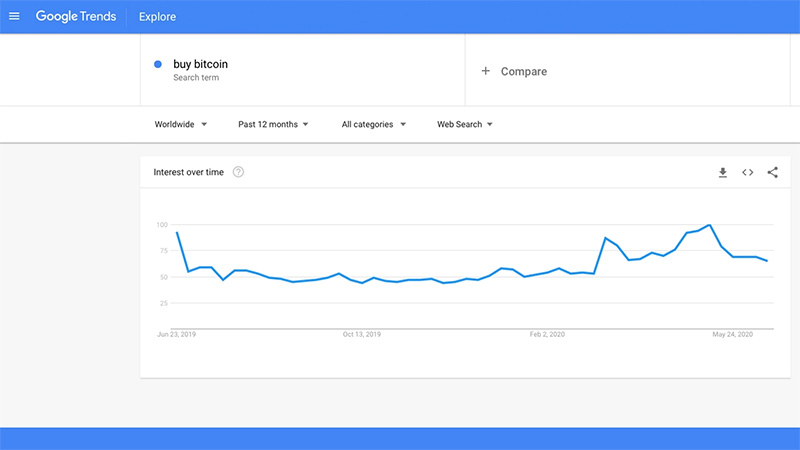 On Thursday, news.Bitcoin.com covered a number of economists and macro traders on Twitter who are extremely optimistic toward bitcoin’s future performance. The “bitcoin price target is set at five times the prior high,” explains a Finsmes crypto market analysis on June 18.

“Finally, bitcoin is no longer an asset that exists solely in the digital universe. Instead, bitcoin futures trade alongside other commodities on the Chicago Mercantile Exchange. Institutional investors are taking a bigger interest in bitcoin and the broader cryptocurrency industry,” the Finsmes bitcoin price analysis further noted on Thursday.