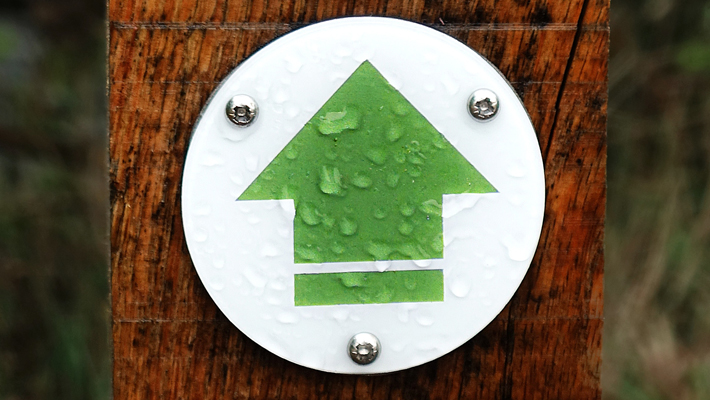 Bitcoin’s (BTC) surging price over the last week is reminiscent of the bull market frenzy observed a year and a half ago.

The leading cryptocurrency by market value rose to a 17-month high of $12,936 on Bitstamp earlier today. At that price, the cryptocurrency was up $3,900 from the level of $9,036 seen a week ago.

Notably, with the near 90-degree rally to 17-month highs, the ratio of bitcoin’s price to the 200-day price average – known as Mayer multiple – printed a high of 2.42, a level which was last seen in early January 2018.

The Mayer multiple essentially quantifies the spread between the price and the 200-day MA. An above-1.0 ratio indicates BTC is in bull market territory above the 200-day MA, while a reading below one implies the cryptocurrency is in a bear market below the 200-day MA.

That said, over the years it has been observed that a reading above 2.4 signifies the beginning of a temporary speculative bubble – a self-feeding cycle of higher prices attracting more bids, leading to further rally.

So, if history is a guide, then the fear of missing out may kick in once the Mayer multiple finds acceptance above 2.40, leading to further price rise toward the record high of $20,000.

The cryptocurrency has pulled back from 17-month highs hit earlier today, leaving signs of bullish exhaustion on the short duration chart.

Bitcoin created a doji candle with a long upper shadow earlier today. The doji candle – a sign of bull indecision or exhaustion – is backed by highest sell volume (marked by arrow) since June 6.

Such candles often mark a local top, according to Alex Kruger, a prominent fundamental and technical analyst. 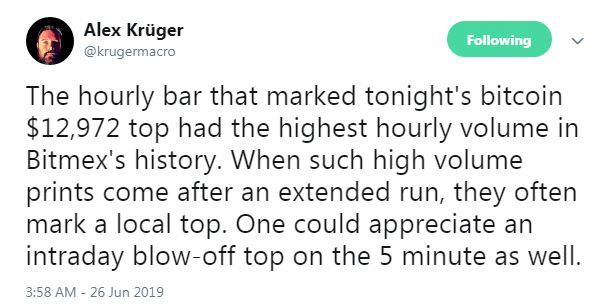 As a result, a deeper pullback, possibly to the psychological support of $11,000 cannot be ruled out – more so, as a widely followed long-term indicator is reporting extreme overbought conditions.

The 14-week relative strength index (RSI) is currently hovering above 81.00, the highest level since mid-December 2017.

While the case for a minor pullback is looking strong, the overall outlook will remain bullish as long as the price is held above the May 31 high of $9,097 and the cryptocurrency could chart another meteoric rise toward $20,000 if the Mayer multiple rises above 2.40.

Image by Andrew Martin from Pixabay