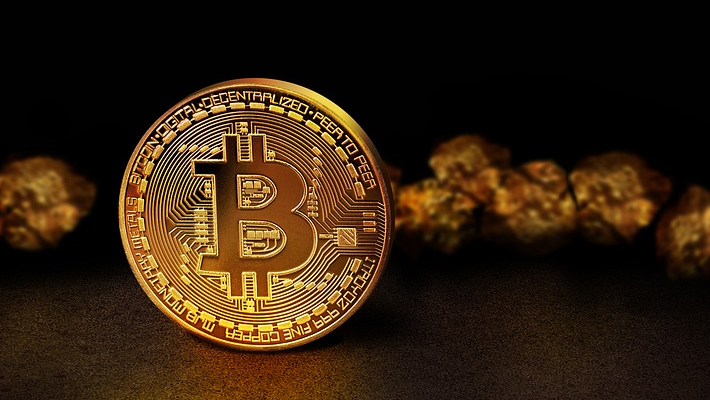 The bitcoin bull market is here, as the price of the flagship cryptocurrency has shot through $7,400 and it seems all set to go higher. 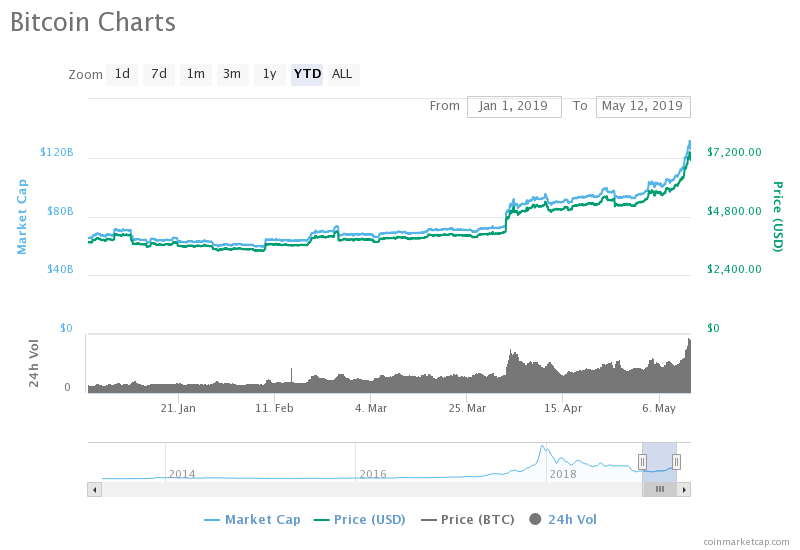 Bitcoin has broken through the $7,000 mark | Source: CoinMarketCap

Bitcoin bulls estimate that the price of each coin could hit $20,000 very soon thanks to rising demand. But there are some who believe that the price of bitcoin could very well go on to hit cool six-figure sums in the future, including Morgan Creek Digital CEO Mark Yusko.

Morgan Creek Digital is an asset management firm that invests in the blockchain industry, and its co-founder is a well-known bitcoin bull with big price estimates.

In a recent interview with BloxLive TV, Yusko said that the price of bitcoin could eventually hit $500,000 thanks to its scarce supply, increasing demand, and advantages over a safe-haven investment such as gold.

According to Yusko, there’s $7.4 trillion worth of gold in the world. He believes that bitcoin is a much better asset than gold because it can be transferred easily and divided into smaller parts. To arrive at his forecast, Yusko equated the gold market’s value to that of the digital asset. He said:

So if we get the amount of value in total Bitcoin market value or network value equal to gold, that’d be about $7.4 trillion divided by 21 million coins, although there aren’t really 21 million left, and you get around $400,000 a coin, maybe $500,000 a coin. Now, when does that happen? It’s probably over a decade or maybe even more.

So, Yusko’s half-million dollar bitcoin price forecast is based on two factors – the value of gold and the fact that only 21 million coins can be mined.

Over the next two decades, #Bitcoin will replace #gold as the leading commodity to store value

Moreover, the latest rally proves that it is independent of the stock market’s woes and macroeconomic tensions. The US-China trade war and the pullback in the stock market haven’t affected the price of the digital currency. This is another reason why Yusko is comparing bitcoin to gold, as investors usually flock to the yellow metal in times of uncertainty.

Also, the fact that bitcoin is easily transferable from one person to another, it is divisible into small parts, and can be used for making payments makes it much more versatile when compared to gold. So it won’t be surprising to see it eventually being valued at par or higher than gold.

LOST TOKENS WILL BOOST THE PRICE OF THE DIGITAL CURRENCY

Yusko also points out that the total availability of bitcoin will eventually fall below 21 million coins. That’s because investors have reportedly lost the keys to around 23% of the asset in circulation. Many believe that this is another indicator of bitcoin being equal to gold, as a lot of the yellow metal is lost at sea.

There are currently 18 million bitcoins in circulation. This means that investors have lost the keys to more than 4.1 million bitcoins. So, the total number of bitcoins that will eventually remain available in the long run once all of them are mined will be around 17 million, assuming no more keys are lost.

That means if you buy bitcoin at today’s price, you could enjoy gains in excess of 6,600% in the coming decade based on Yusko’s theory. Isn’t that enticing?