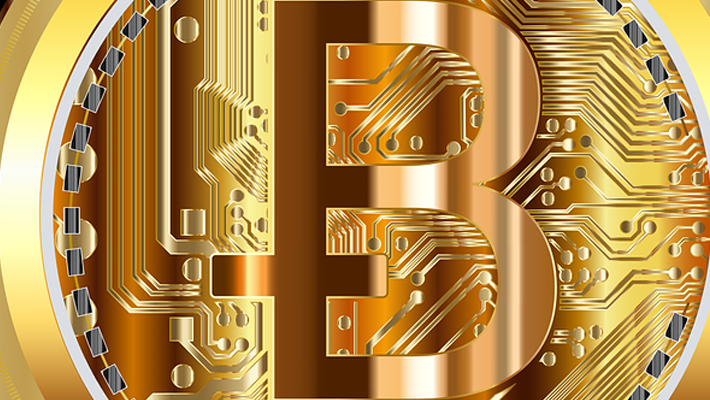 In some crypto major markets, the bitcoin price surged past $5,600. 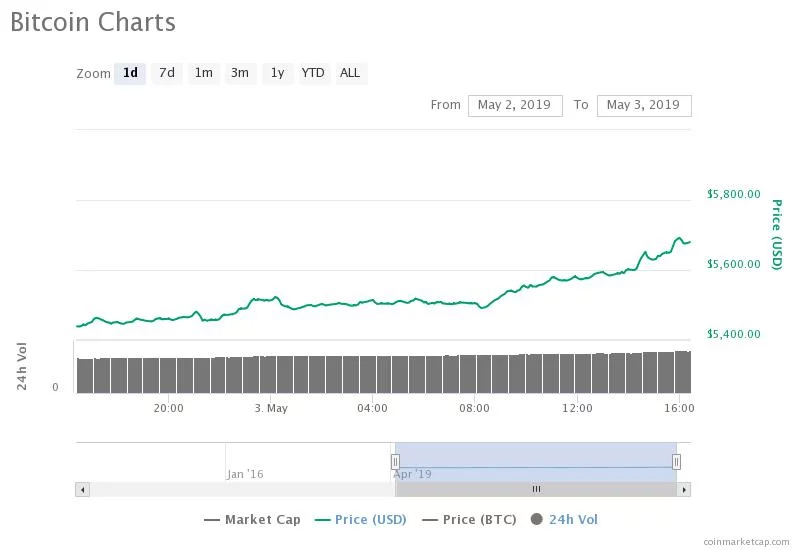 The bitcoin price is up around 4 percent in the past 24 hours (source: coinmarketcap.com)

According to Peter Brandt, a technical analyst and a best-selling author, a technical indicator called the Factor’s benchmark weekly moving average (MA) has formed a similar structure it showed in 2015.

The last time Factor's benchmark weekly MA was in the current profile of turning from down to up was in Nov 2015 just as $BTC began its move from $340 to $19,800. pic.twitter.com/uFJSkV9NwM

Bitcoin’s strong performance comes amidst the iFinex scandal is being played out, a case in which the office of the New York Attorney General alleged Bitfinex of mismanaging $900 million of Tether’s cash reserves in an attempt to “cover-up” an $850 million loss.

CAN BITCOIN SUSTAIN THE MOMENTUM?

Although the upside price movement of bitcoin in recent months is largely believed to have been triggered by technical factors, fundamental factors such as the rising transaction volume of the dominant cryptocurrency as well as increasing institutional interest could have affected the asset.

Last month, cryptocurrency research firm Diar reported that the volume of bitcoin transactions on the blockchain has increased, achieving a 10-month high. The noticeable increase in the usage of the cryptocurrency indicated an overall rise in the interest towards the sector.

“Still, however, monthly US Dollar value transacted on-chain has reversed the downtrend with April hitting a 10-month high. But this remains, in all likelihood, the cause of trading increasing due to Bitcoin’s recent price surge rather than actual use-case,” researchers at Diar wrote.

Over the coming months, for bitcoin to realistically move past key resistance levels, strong stimuli would have to emerge to fuel the momentum of the asset.

Already, in the past 48 hours, the real volume of bitcoin which is calculated by evaluating the volume of 10 exchanges with more than $1 million in legitimate daily volume such as Kraken and Binance, spiked to $540 million.

In early March, Bitwise Asset Management estimated the daily spot volume of bitcoin to be around $270 million. As of May 3, OnChainFX shows a “Real 10” volume of $540 million, exactly two times of the volume recorded in March.

If the relatively large daily volume of bitcoin can be sustained in the upcoming months and the inflow of institutional capital throughout the year meets the expectations of investors, BTC is anticipated to maintain its momentum.

INSTITUTIONS MAY BE THE NEXT CATALYST

On May 2, Fidelity Digital Assets, a subsidiary of the world’s fourth-biggest asset manager with $2.14 trillion in assets under management, said in a research paper that over the next five years, the number of institutional investors that invest in the crypto market is expected to increase.

The study also discovered that about 22 percent of institutions already invested in the crypto market in some ways.

“According to the survey, about 22% of institutional investors already have some exposure to digital assets, with most investments having been made within the past three years. Four in ten respondents say they are open to future investments in digital assets over the next five years,” the research found.

While the rate in which institutional capital flows into the crypto market in the foreseeable future remains unclear, major financial institutions are seeing solid demand from institutional investors.