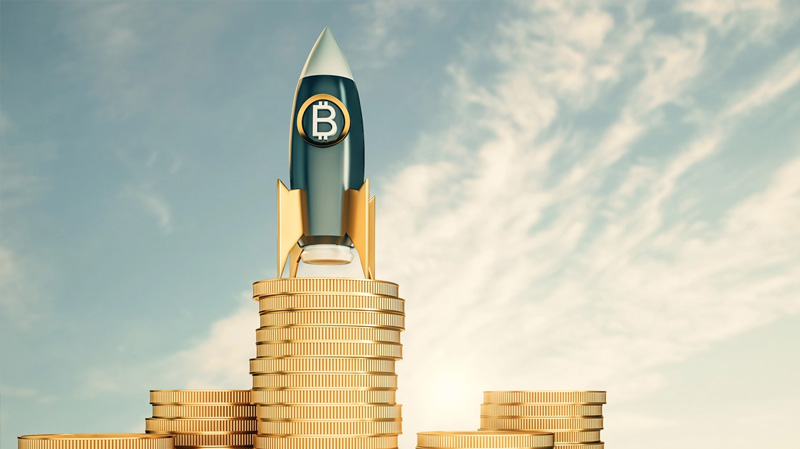 A number of venture capitalists and macro investors believe bitcoin’s price will break out soon following suit with gold’s recent climactic rise. Dan Tapeiro, cofounder of Gold Bullion International, thinks that $4.6 trillion in cash sitting on the sidelines right now, could very well flow into precious metals and crypto-asset markets. Moreover, other investors have noted that bitcoin is following the same trend silver did in 12 years ago.

Everyone has been watching digital currency markets rough the storm caused by the Covid-19 outbreak, and government-induced business shutdowns. At press time, the entire market valuation of all 5,000+ digital assets is still well over a quarter of a trillion U.S. dollars. Just recently, the cofounder of Gold Bullion International, Dan Tapeiro, discussed a study published by the research firm Refinitiv Lipper. According to the study, there is close to $5 trillion ($4.6T) in money market accounts otherwise known as liquid cash.

Tapeiro thinks that cashflow, which is at an all-time high, could easily flow into gold and bitcoin markets. Traditionally, when stocks, equities, and common commodities are plummeting, the liquid cash in money markets flow into safe-haven assets. Tapeiro tweeted on Wednesday:

Record— Almost $5 trillion dollars sitting in cash. Dash to cash most surprising because it all yields near [zero]. Huge opportunity cost vs equity, gold, bitcoin— Such great negativity/fear not usually present at equity [market] tops. Wall of worry growing taller by the day. 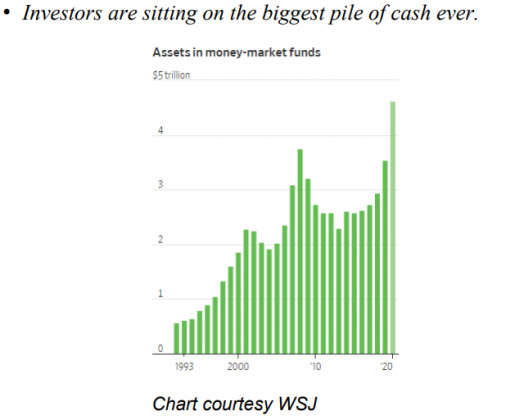 Tapeiro has been talking about bitcoin and gold for quite some time now, and he can be seen bolstering the subject in many videos. A number of others agreed with Tapeiro’s statements on Twitter, as one person said: “If the dollar does crash at some point, it only makes sense that people will start exploring alternative and more superior forms of money and stores of value.”

In addition to the Gold Bullion International cofounder’s opinion, another analyst believes BTC is currently suppressed, much like silver was in 2008 all the way until the price of silver spiked in 2012. 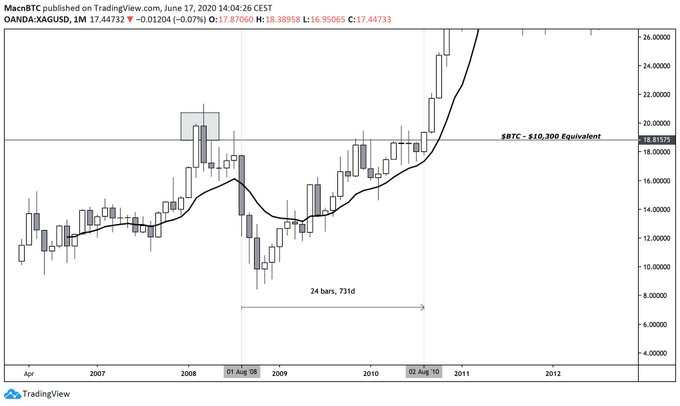 The popular crypto trader Macnbtc told his 33,000 Twitter followers that “someone said [to] ‘check how [the] price of Silver was suppressed’” in a recent tweet. Macnbtc stressed:

Macro this looks bullish AF, no denying that. But for now, let’s just chill. Give me a monthly or even a weekly close over $10,100 and I will be a bull. 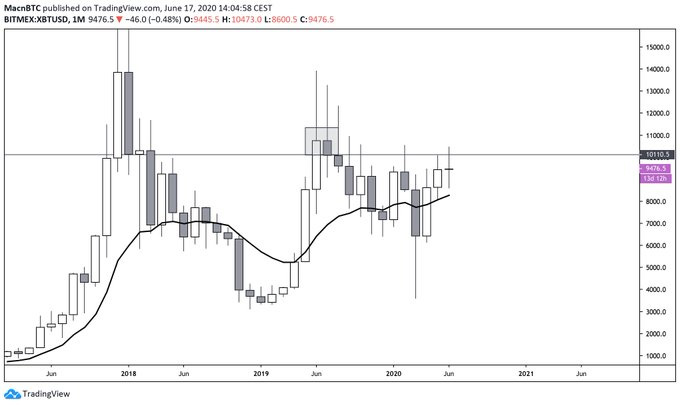 The trader John Morgan also told his 15,000 Twitter followers that he believes BTC is on a relentless path toward the $10K zone, despite the number of attempts so far.