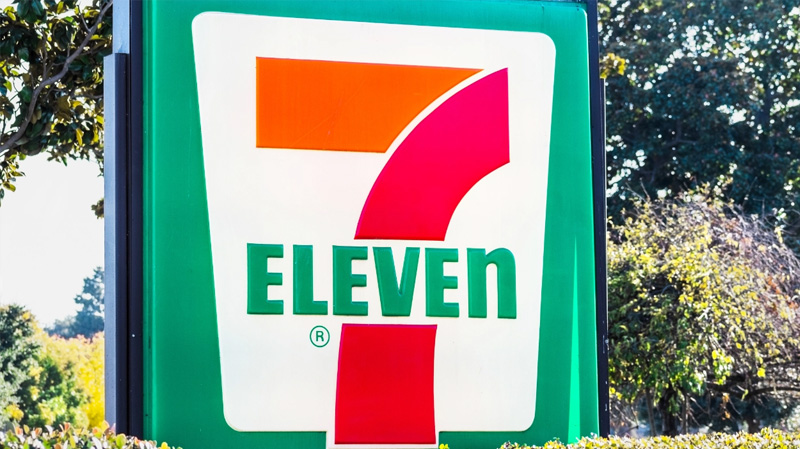 Libertyx has expanded its network to include 20,000 7-Eleven, CVS, and Rite Aid Pharmacy stores where customers can buy bitcoin with cash. They can also buy bitcoin using debit cards at one of Libertyx’s vast network of ATMs, bringing the total of locations to 25,000 across 45 U.S. states.

Libertyx has announced a significant expansion of its network of U.S. locations where customers can buy bitcoin. The company said on Monday that it has added 20,000 cash-accepting retail locations to its large network of 5,000 debit card-accepting ATMs, cashiers, and kiosks. Announcing the nationwide launch of “Bitcoin on Every Block,” the company explained:

Consumers can now use cash to purchase bitcoin with Libertyx at 20,000 retail locations around the U.S., including major convenience store and pharmacy chains, such as 7-Eleven, CVS Pharmacy, and Rite Aid.

Libertyx announced on Monday a massive expansion of its network of places where customers can buy bitcoin to include major chain stores: 7-Eleven, CVS Pharmacy, and Rite Aid Pharmacy.

Founded in 2013, Libertyx describes itself as “America’s first and largest network of bitcoin ATMs, cashiers, and kiosks.” The company launched its first bitcoin ATM in 2014. With Monday’s announcement, the company now claims to have 25,000 locations across 45 states where consumers can buy BTC in-person with cash and debit cards. Its website details that as of Monday, Libertyx offers two types of cashier locations: “Chain retailers, including 7-Eleven, CVS Pharmacy, and Rite Aid” and “Independent retailers, including convenience, mobile phone, computer repair, check casher stores, and more.”

In the U.S., there are approximately 9,340 7-Eleven stores, more than 9,900 CVS Pharmacy stores, and 2,464 Rite Aid Pharmacy stores. All three brands only accept cash for bitcoin purchases, Libertyx clarifies, adding that “to use your debit card, use one of our ATMs instead.” 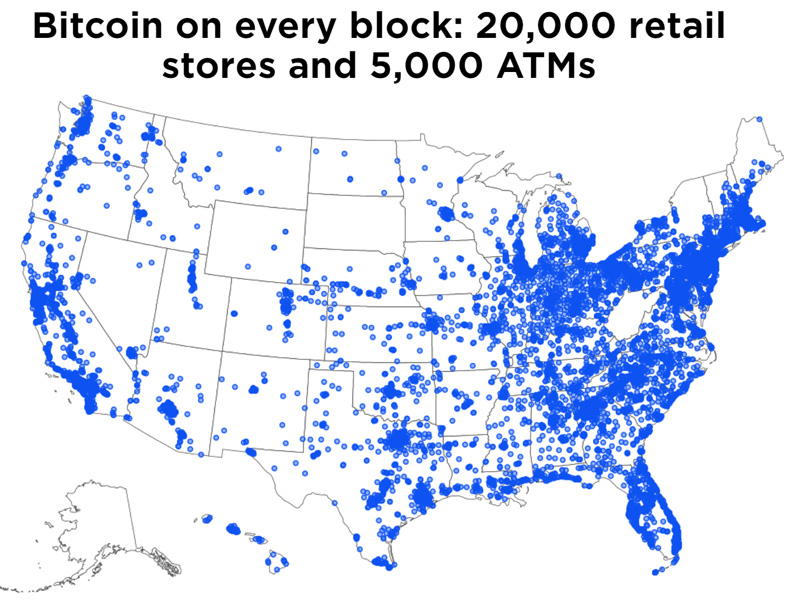 Libertyx’s map of 20,000 retail stores and 5,000 ATMs where people can buy BTC with cash and debit cards. Source: Libertyx

Noting that bitcoin “adoption has been limited by trust and accessibility,” Libertyx CEO Chris Yim said that his company wants “to expand our footprint so anyone can buy bitcoin at familiar locations they drive or walk by daily.” He opined, “Buying bitcoin is as easy as scanning a barcode while shopping for groceries.”

To buy bitcoin using Libertyx at 7-Eleven, CVS Pharmacy, and Rite Aid Pharmacy stores, you need to download the Libertyx app and sign up for a free account. The app is available in both the Apple App Store and the Google Play Store. You can then enter your BTC address, tap “Start purchase,” select a participating retailer, and tap “Add cash now.” You can add between $20 and $500, and the participating store will scan the barcode on your phone. Your fund will be credited within 10 minutes, Libertyx estimates, adding that there is a retail service fee of $4.95. Once the fund is shown on your account, you can tap the “Convert to bitcoin” button in the app.

To celebrate the nationwide launch of Bitcoin on Every Block, Libertyx is waiving conversion fees from select retailers through July 31. The only fees per transaction at 7-Eleven, CVS Pharmacy, and Rite Aid Pharmacy stores are the $4.95 retailer service fee and the customer-selected miner fee. Currently, the Libertyx app displays numerous stores but some are still unavailable as the company explained on its website that new chain stores are being rolled out in stages. “As of 6/22/20, we have instituted a waitlist due to unprecedented demand. You can join the waitlist once you are signed into your Libertyx account in the app,” its website notes.