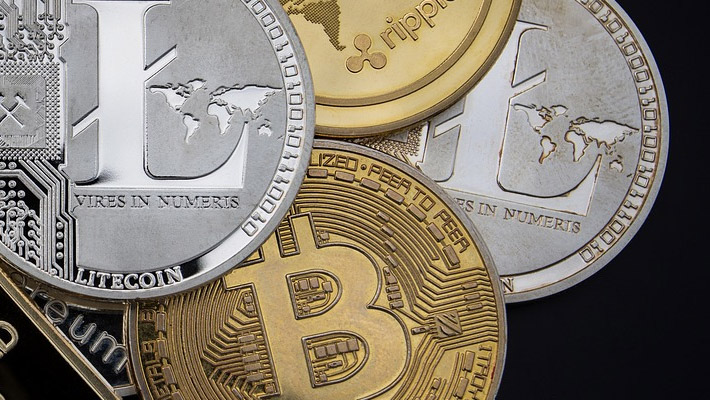 Chief Market Analyst at ThinkMarkets, Naeem Aslam, has laid down an enticing marker in an email note to his subscribers to predict bitcoin price booming past the crucial $10,000 milestone.

Aslam believes that considering the recent spikes in price and the positive sentiment abounding through the cryptocurrency market, the price of bitcoin could cross a vital milestone in the coming days. Should it breach the $10,000 mark, it would have reached the halfway point of its all-time high of $20,000 from December 2017.

Aslam has never been shy of his bullish beliefs in bitcoin and its performance as an asset. He has also often been proven right in his predictions as he noted that Bitcoin jump from $5,500 to $6,500 at the beginning of May.

“A real embarrassing moment for those who said that the currency would never recover from its losses,” Alsam expressed with relation to the price recovery of the significant cryptocurrency.

“Well, it is the best performing asset of 2019 and the YTD gains are standing at 140 percent, and it has gone up by 70 percent only during May. This is what Bitcoin is all about, never doubt the resilience of the currency and the support it has among the community.”

The ‘real 10’ volume, which calculates the real daily spot volume of bitcoin by evaluating the volume on exchanges known to have verifiable volume by Bitwise Asset Management, is up nearly seven-times since March.

A major FOMO is about to be triggered

PRICE PUNCHING ABOVE ITS WEIGHT

Aslam goes on, in his note, to describe why bitcoin is on track to breach a vital level such as $10,000, noting how it is trading above several key moving averages. He also casts his eye on what is to come following the $10,000 mark.

“Technically speaking, I think bitcoin price is likely to blast through level of 10K this week or by next week if the momentum continues at this pace,” said the analyst. “The price is trading well above the important moving averages, 50, 100 and 200-day simple moving averages and the most important among all of them is the 242-day moving average.”

The high seen on May 26 was a new 12-month high, surpassing the old $8,750 mark in a sharp move that looks quite parabolic. While still far off from the bull run many are accustomed too from late 2017, this movement from bitcoin has it on track for more to come.

“The next important price levels are the resistance of 10K, followed by 15K level. It is highly likely that the price may break through the 10K mark and reach $12K or $13K and then start to retrace back to its support of $8K before the momentum tries again to reach the level of 15K again.”

A YEAR OF POSITIVE SENTIMENT FOR BITCOIN PRICE

Bitcoin and the rest of the cryptocurrency space, has gone through what many have labeled as a ‘Cryptocurrency Spring’ in 2019. Towards the end of 2017 and all through 2018, sentiment around cryptocurrencies was incredibly low as the bear market snored on.

However, as Q1 built momentum, the wider crypto market gained value in a clear and distinct shift in the market sentiment. It has allowed Bitcoin to start rebuilding its past losses with less speculative bets from retail investors.

Predictions for the rest of the year vary in optimism, but it would appear that there has been a bullish turn of events. It should allow the cryptocurrency market the chance to ride this sentiment on a much more solid foundation, based on institutionalized adoption and interest.