Bitcoin Price Rages to New 2019 High Beyond $5,900 with Fuming Bulls Ahead 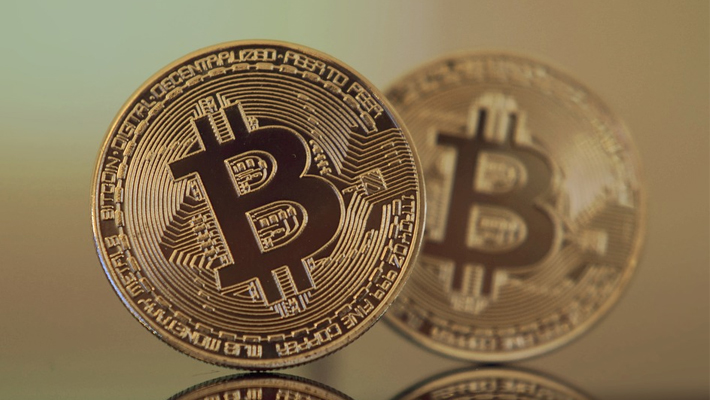 Within three hours, the bitcoin price surged from $5,682 to $5,910 on Coinbase, a leading regulated crypto exchange that operates in the U.S. market, reaching a new 2019 high.

In the past week, the bitcoin price has soared by more than 11 percent, allowing the rest of the crypto market to add $20 billion to its market capitalization. 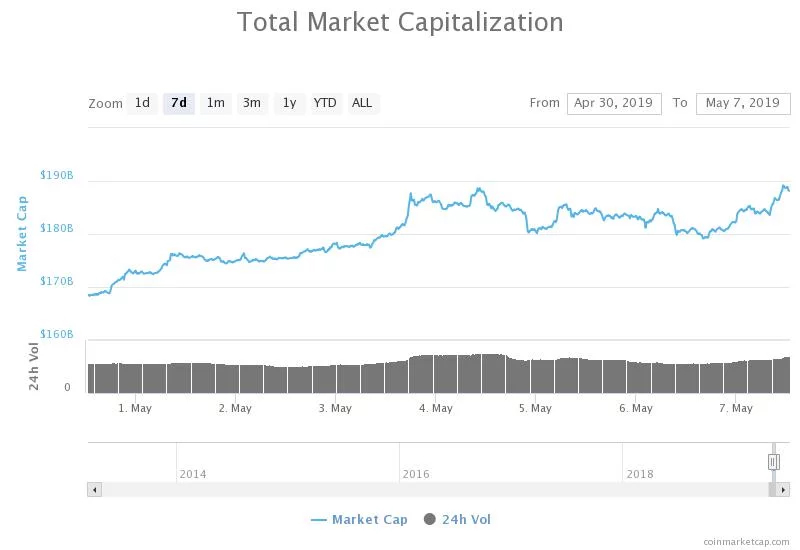 The valuation of the crypto market is up more thn $20 billion in the past week (source: coinmarketcap.com)

In consideration of the recent performance of bitcoin and the projections of industry experts, prominent crypto researcher Willy Woo has said he is 95 percent certain the low $3,000 region was the bottom for bitcoin.

WHAT WOULD IT TAKE TO CONFIRM BITCOIN BULL MARKET?

In November 2018, Woo predicted bitcoin to reach a bottom in the second quarter of 2019 based on an indicator called NVTS, which evaluates fundamental data such as transaction volume among other types of data pertaining to the blockchain to analyze the long-term trend of bitcoin.

At the time, Woo said that all blockchain indicators point toward a bearish trend. Weeks later, the bitcoin price plunged from more than $6,000 ultimately to $3,150, as projected by the researcher.

“This last reading of our blockchain and macro market indicators is still in play. What has changed is that NVTS has now broken its support, typically a sell signal. All our blockchain indicators remain bearish. NVT, NVTS, MVRV, BNM, NVM. They are experimental but have served to make very correct calls to date, even when traditional on-exchange indicators were reading to the contrary,” Woo said last year.

The accurate analysis of the macro trend of bitcoin by Woo can be primarily attributed to his consideration of fundamental factors as well as technical factors to better evaluate market conditions.

On May 7, Woo said that based on the Bitcoin Network Momentum and the 200-day moving average (MA)–a technical indicator typically used to project the long-term trend of an asset–bitcoin likely hit its bottom at $3,150 and is in the process of forming a bull market.

"To summarise my view of the market in one spot instead of various webcasts and tweets. I’m 95% certain the market has bottomed, that’s to say we are unlikely to break below past lows.

The bull market (upward and onwards) has not formally confirmed just yet. We need to successfully retest the 200 day MA & Realised Cap (both ~$4,400 right now), or without retest we need to stay above them for a sizeable time, say another month."

We also need price to be validated with on-chain volume mooning from here. We'll likely get that confirmation soon in the next 4-8 wks. (I personally think the April 1st break above $4300 will be remembered years ahead as the start of the 2019 bull market). pic.twitter.com/NzzGkvcT8t

In the upcoming weeks, many analysts generally expect bitcoin to undergo a consolidation period, demonstrating stability at the current price level.

While some traders anticipate the dominant cryptocurrency to retest some support levels below $5,000, as long as BTC remains above $4,400, Woo noted that the momentum of the asset can be sustained.

The noticeable increase in the interest in bitcoin, as shown in the surge in the real spot volume of bitcoin which hovers at around $550 million–up nearly two-fold from $270 million in March–comes after Bloomberg reported Fidelity will launch a crypto trading service in weeks.

“We currently have a select set of clients we’re supporting on our platform. We will continue to roll out our services over the coming weeks and months based on our clients’ needs, jurisdictions, and other factors. Currently, our service offering is focused on Bitcoin,” Fidelity spokesperson Arlene Roberts told Bloomberg.

Apart from various technical indicators pointing toward upward momentum for bitcoin, the strengthening of the infrastructure supporting crypto assets may be rekindling the confidence of investors in the asset class, as it would enable investors who were previously unable to commit to the crypto market to reconsider their stance on the market.