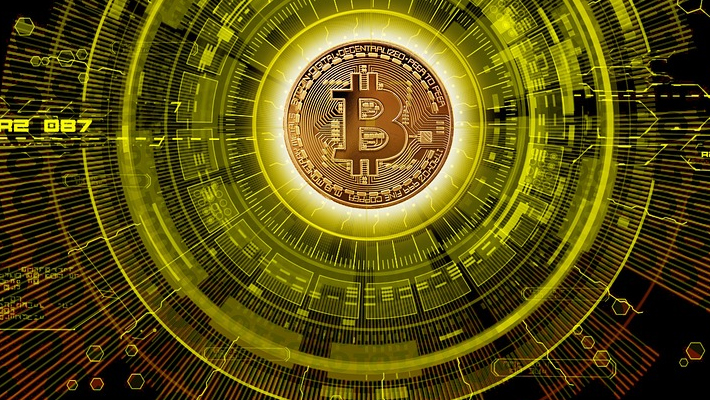 Bitcoin permabull and Fundstrat Global co-founder, Tom Lee says the worst is over for bitcoin.

In an interview with CNBC, Lee said the bitcoin price will likely see a new all-time high in 2020, eclipsing the previous $20,000 mark. Lee is famous for inflated bitcoin price predictions, but he backed up the latest forecast with seven key indicators.

1. THE BITCOIN HALVING IS COMING

Every four years, the bitcoin block reward is cut in half to maintain the strict 21 million supply. It gives bitcoin an artificial scarcity and inherent value.

The next bitcoin “halving” is scheduled to take place on May 23rd 2020. Historically, the bitcoin price has begun to climb a year before the halving takes place. Tom Lee predicts the shrinking supply and upcoming halving will add fuel to the bitcoin rally.

2. TRADING VOLUMES BACK NEAR RECORD HIGHS

As CCN previously reported, bitcoin trading volumes are back near record highs. Lee points to a key moment in January 2019 when year-on-year trading volumes turned positive.

Lee cites increased bitcoin adoption in Venezuela and Turkey for the increasing volume:

“Just taking those two countries, they’re close to 30% of the increase in on-chain activity, so it’s meaningful. “People are saying, ‘Look, I don’t trust using these local currencies. I don’t trust the banks. I’m going to start using bitcoin.’ And that’s what’s causing on-chain volume to really take off.”

Earlier in the month, bitcoin closed above its 200 day moving average in a technically strong bullish sign. The last time it happened was October 2015 and bitcoin went on to kickstart a two-year bull-run.

Bitcoin (BTC) is trading well above the 200 day moving average and there is the possibility of a golden cross coming . pic.twitter.com/ekkRqx9pw9

Lee sees this as a sign that a bull market is forming since a high reading only occurs during bull markets. However, he also acknowledged that bitcoin famously took a 25 percent fall last time the BMI hit this point.

According to a Fundstrat survey, institutional investors are pouring into bitcoin through over-the-counter (OTC) markets. OTC markets exist outside the main reported exchanges and reportedly account for half of all bitcoin trading volume.

Lee claims OTC trading activity is up 60% – 70% which is a sure sign that “big money” is coming to crypto. As he explains, OTC markets are:

“Really important in terms of how institutional investors trade crypto.”

6. CONSENSUS THAT THE “BOTTOM IS IN”

Lee points to a handful of “original” bitcoin bulls who believe we have seen the lowest prices in this bitcoin rout. He repeatedly claims that bitcoin whales, who pulled money out of the market in early 2018 are now beginning to put their money back into bitcoin.

Lastly, Lee points to the “golden cross” technical indicator. The golden cross is another hugely positive indicator that traditionally confirms a bullish breakout.

This is yet another sign that we're back in a🐂market. 🚀🌛 pic.twitter.com/VK1PSsOYIB

Tom Lee polled his Twitter followers, 43 percent of whom believed the golden cross was a good sign.

What is your reaction to this Golden Cross

Tom Lee has long-held a positive view of bitcoin’s price but his forecasts aren’t always accurate. He predicted bitcoin would end 2018 at $25,000, a call that fell significantly short. Let’s see if this latest bullish prediction is more accurate.