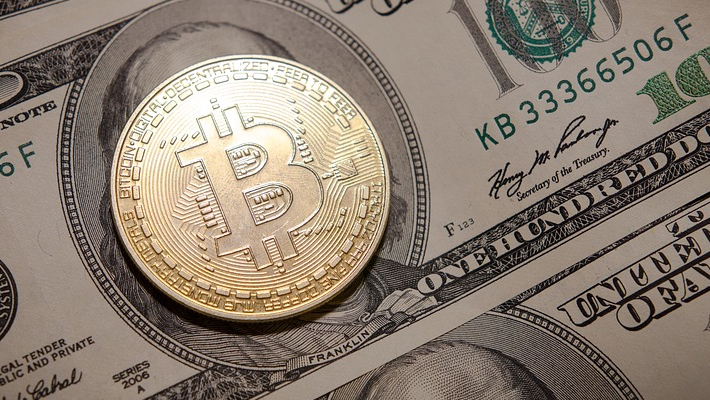 According to a cryptocurrency trader known as “Crypto Rand,” a technical indicator suggests the bitcoin price is en route to achieving $6,000 in the near-term.

Throughout the past 30 days, the bitcoin price has recorded a significant surge in value from $3,975 to $5,311 by more than 33 percent in most major markets.

Some analysts have become cautious on the prospect of the cryptocurrency market due to the sideways price movement of bitcoin, expecting the dominant cryptocurrency to remain stable while alternative cryptocurrencies weaken.

WHAT CAN PUSH BITCOIN UPWARDS IN THE NEAR-TERM?

In less than two weeks, it officially becomes a year before the next scheduled block reward halving for bitcoin in May 2020.

In a block reward halving, the rate in which new bitcoin is mined by miners on the blockchain network is reduced, leading to a decline in the potential circulating supply of bitcoin.

The build-up towards the block reward halving and the noticeable increase in the real volume of bitcoin calculated with the method presented by Bitwise Asset Management could contribute to the rally of bitcoin.

A potential breakout of the $6,000 level, which former International Monetary Fund (IMF) economist pointed out is crucial for bitcoin to breach to eliminate the chances of diving back into a brutal bear market, could serve as a strong foundation for the entire cryptocurrency market.

Still a beautiful chart. If bitcoin can't bounce to at least 5k-6k soon, it's a really bad sign for the cyberbulls. And if it breaks down thru the yellow line at any point, even the HODLers need to GTFO. $BTC $XBT pic.twitter.com/FqqyzE1mhb

Several traders, based on the performance of bitcoin and alternative cryptocurrencies in the past four months, have suggested that the bear market has already come to an end and that the market may be engaging in a new rally.

However, from their all-time highs, most cryptocurrencies remain down about 70 to 98 percent, which makes it difficult to call the start of a bull market for now.

Previously, Multicoin Capital general partner Vinny Lingham stated that if bitcoin does surpass the $6,200 level in the short-term, it would signal the start of a new major bull run.

That said, if we can break $6200 for BTC, it will likely mark the start of another major bull run and could run hot and high, but if it’s pure speculation and other assets benefit disproportionately to value created, it’s likely not going to end well again!

But, Lingham also said that until cryptocurrencies show independent price movements, it would be challenging to conclusively state that the recent upside momentum of cryptocurrencies is sustainable.

“Many people believe that the crypto winter is over. Here are some of my unfiltered thoughts on this topic. Charts & technicals aside, I don’t believe this rally is sustainable for one reason: The market has not yet decoupled the various crypto assets from Bitcoin,” Lingham said.

In the past month, cryptocurrencies like Binance Coin and Enjin Coin have shown movements uncorrelated with bitcoin, which could be considered as a sign of recovery for the cryptocurrency market.

IT WON’T BE A SMOOTH ROAD AHEAD

Retail investors who drove the 2017 bull market may be compelled by the low valuations of crypto assets but are unlikely to commit to the market so quickly after the market experienced an 85 percent correction.

As such, a bumpy road towards recovery is expected for the cryptocurrency market and a potential move to $6,000 could smoothen the process.