$20 Billion in Crypto Under Custody: Coinbase Sees 'Explosion of Capital' From Institutional Investors 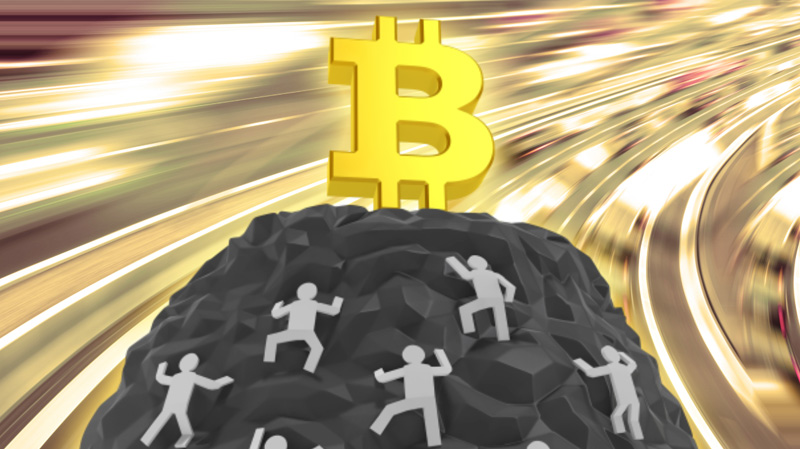 Coinbase has revealed that it has had “an explosion of incoming capital.” Its assets under custody currently stand at $20 billion, $14 billion of which were accumulated since April. Coinbase highlights a string of bullish events that have “really unleashed” a wave of institutional adoption.

Coinbase Has $20 Billion Under Custody

Coinbase’s Head of Institutional Coverage, Brett Tejpaul, talked about institutional demand for bitcoin in an interview with Heidrick & Struggles International, published on Friday.

Tejpaul has 25 years of experience in sales and trading, with almost 17 years at Barclays, and nine years at JPMorgan. He explained that he joined Coinbase six months ago, and is now “responsible for growing the institutional adoption of cryptocurrency, across sales, trading, custody, and Prime.” Prime is Coinbase’s services for institutional clients, including asset managers, hedge funds, and VCs.

“It’s a phenomenal time for crypto … Sometimes timing is everything,” Tejpaul opined. “We have had an explosion of activity,” he added, elaborating:

I joined in April this year, at that time our assets, institutional assets under custody were $6 billion, today we stand at over $20 billion, so more than a three time increase.

“Earlier in the summer, we acquired an execution platform called Tagomi and it brought with us overnight, it radically transformed our ability to cater to institutional clients that want to use smart order routing and algorithmic execution, so the stat there is that our trading volumes are 20 times what they were in the beginning of the year,” Tejpaul continued.

“We are now measuring the fresh capital coming into crypto, principally being allocated to bitcoin in the billions,” he described, noting:

Tejpaul said that Coinbase has “upgraded” its banking and auditing partners: JPMorgan and Deloitte. “Both of those firms went through one to two year period of due diligence to satisfy themselves that we have the right KYC, AML, and the fact that we sort of posture ourselves and act like a bank and we have opted into being regulated, and so we are a safe onramp.”

He then highlighted recent bullish events in the crypto space, beginning with famed hedge fund manager Paul Tudor Jones, who said in May that he put about 2% of his portfolio into bitcoin. In October, Jones said that he saw much upside to bitcoin.

Jones’ decision “was important because it served as a calling card to other traditional macro firms, which are thinking about bitcoin as a store of value, bitcoin as a potential tail risk hedge to the portfolio,” Tejpaul detailed, adding:

We have seen an unbelievable wave of institutions follow Paul’s lead.

He also mentioned the Nasdaq-listed Microstrategy that invested $425 million in bitcoin and made the cryptocurrency its primary Treasury reserve asset. CEO Michael Saylor has become a bitcoin bull, personally investing $240 million in BTC.

Other famed hedge fund managers who have made bullish statements about bitcoin include Bill Miller, who said every major bank will eventually have exposure to bitcoin, and Stan Druckenmiller, who called bitcoin an attractive store of value that could beat gold.

Tejpaul further shared what a typical day for him is like on the podcast. “By 9:30 in the morning, I had five separate institutional clients called to invest over $100 million each.” He explained that people sitting on the sideline “are now looking at major banks, major accounting firms, major hedge funds, major endowments, and now Paypal getting into this space,” concluding: